7 Strangest Gaming Peripherals From The 2000s

There have been lots of bold and innovative new experiences throughout gaming history, but sometimes, on the path to improvement, there come a few devices that make you look and think, “Seriously? That was a thing?”

Now, that’s not to say that some seemingly strange ideas haven’t gone on to become staples of the industry, like gyroscope aiming or motion controls, but for some reason, there are a handful of peripheral ideas in the 200s that didn’t mesh well with gamers and ended up in the dust. 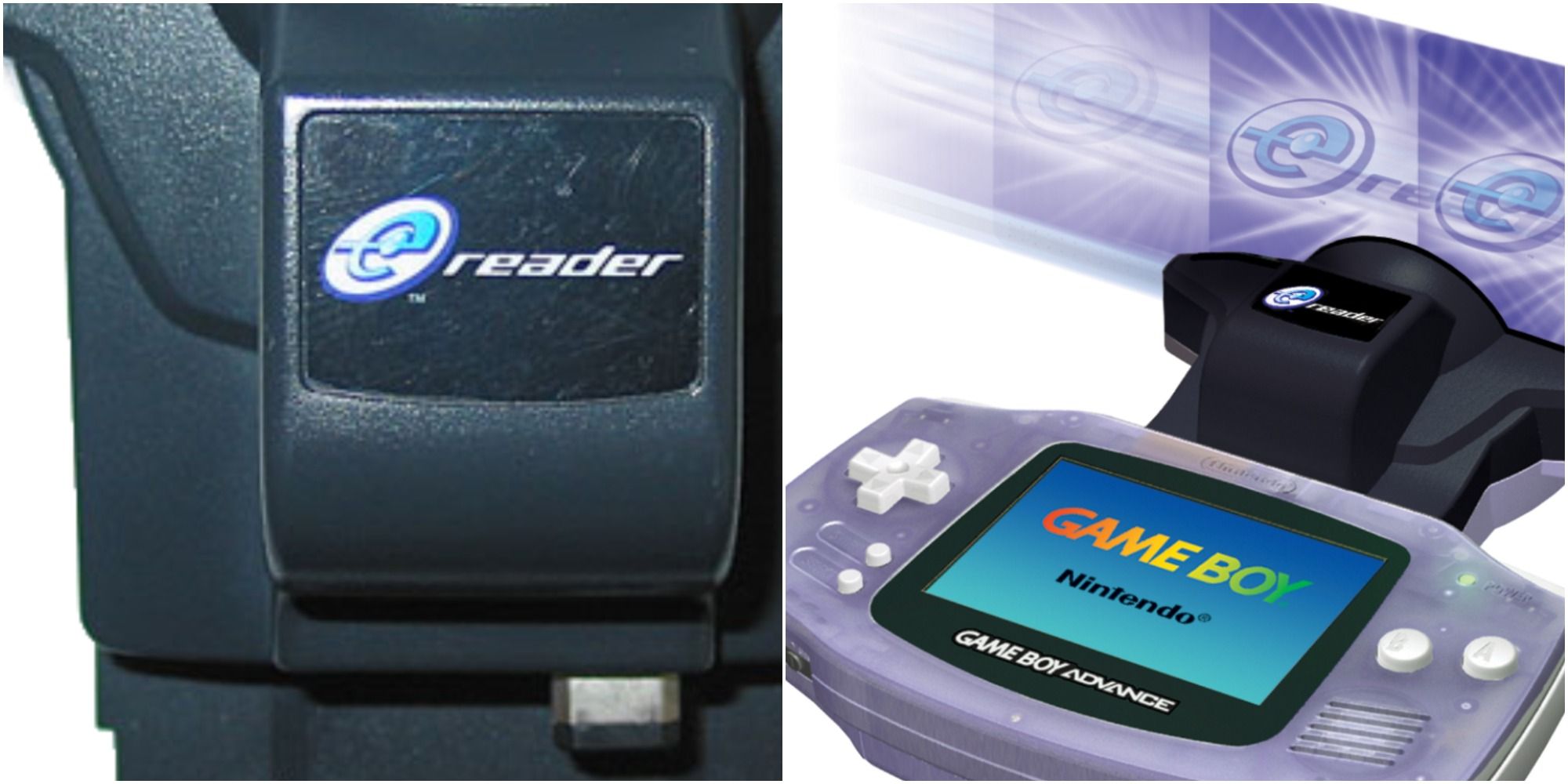 It’s funny to think back to a time when having card-based minigames or puzzles was pretty much mandatory in the industry. However, it’s easy to understand why Nintendo wanted to dip its toes into the growing ocean of card games. Its very own Pokémon was taking the world by storm and we also saw the rise of Yu-Gi-Oh! and several spin-off games based on existing properties like Neopets and Kingdom Hearts in the same time frame.

But even then, there was still something clunky and awkward about using Nintendo’s very own card-reader accessory for the Gameboy Advance. While the rewards were interesting ones, having a bulky add-on to what was supposed to be a portable device went against the idea of handheld gaming. 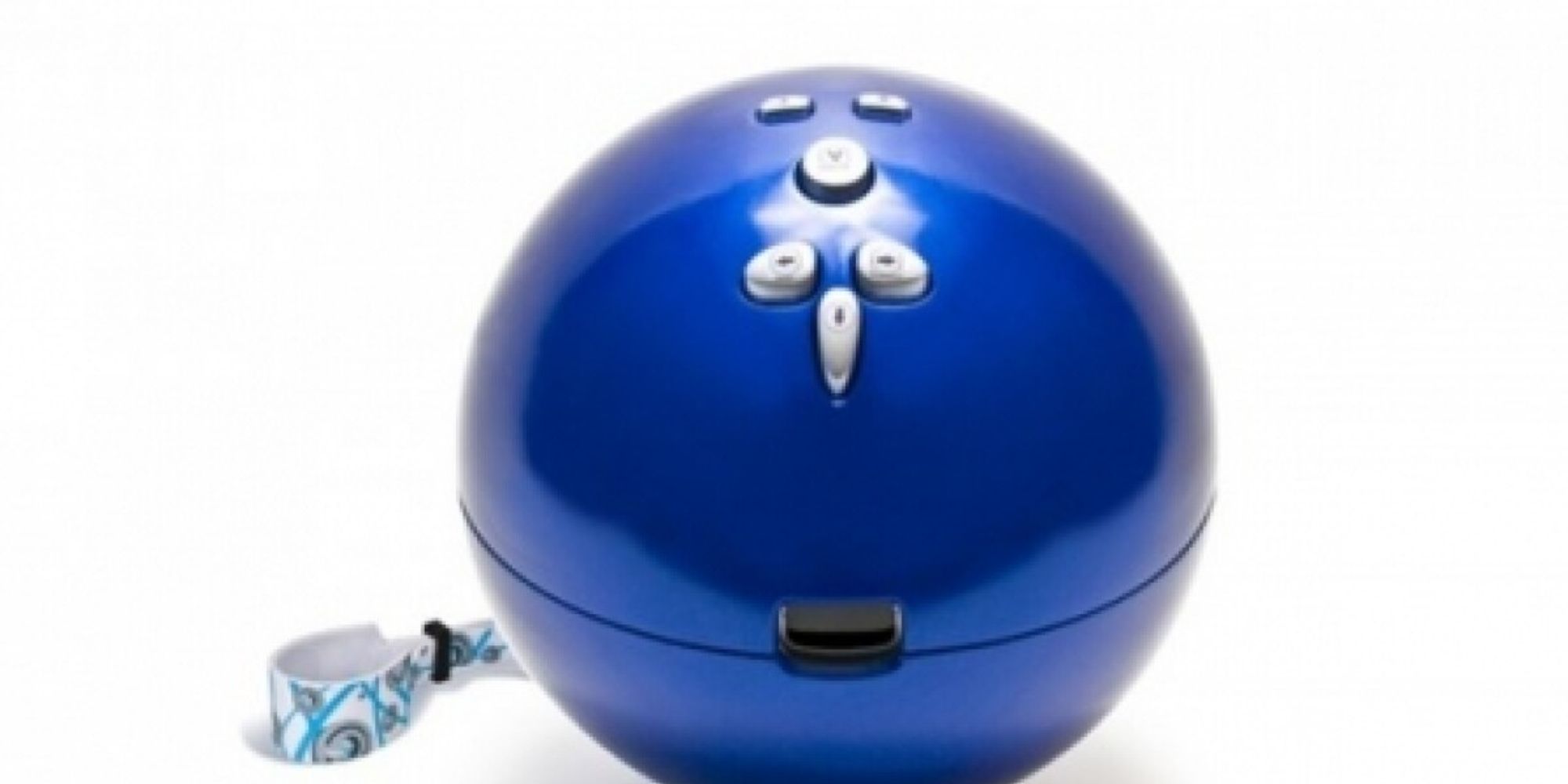 Wii Sports was a launch title for the – you guessed it – Wii and one of its best-selling games. Since its launch, players and critics alike have praised it for its innovative control scheme and simplistic gameplay. While it would’ve been enough to play the game with any incarnation of the Wiimote, someone somewhere decided that just wasn’t going to be enough.

While there’s no problem with wanting to become as immersed as possible in the gameplay, the Wii Bowling Ball is so clunky that it doesn’t really work with Wii Sports’ simplistic nature. Let’s just hope nobody ever accidentally hurled a fake bowling ball at their TV.

Hey, just because a peripheral is strange doesn’t mean that it’s bad. Alongside these magnificent bongos, Nintendo also released a musical platformer called Donkey Konga. The bongos also came equipped with a built-in microphone that registered any sounds for specific levels in Jungle Beat.

Nonetheless, despite how well-received both the bongos and Donkey Konga were, the idea of an expensive controller made specifically for one game was just too much for modern gaming audiences to swallow. 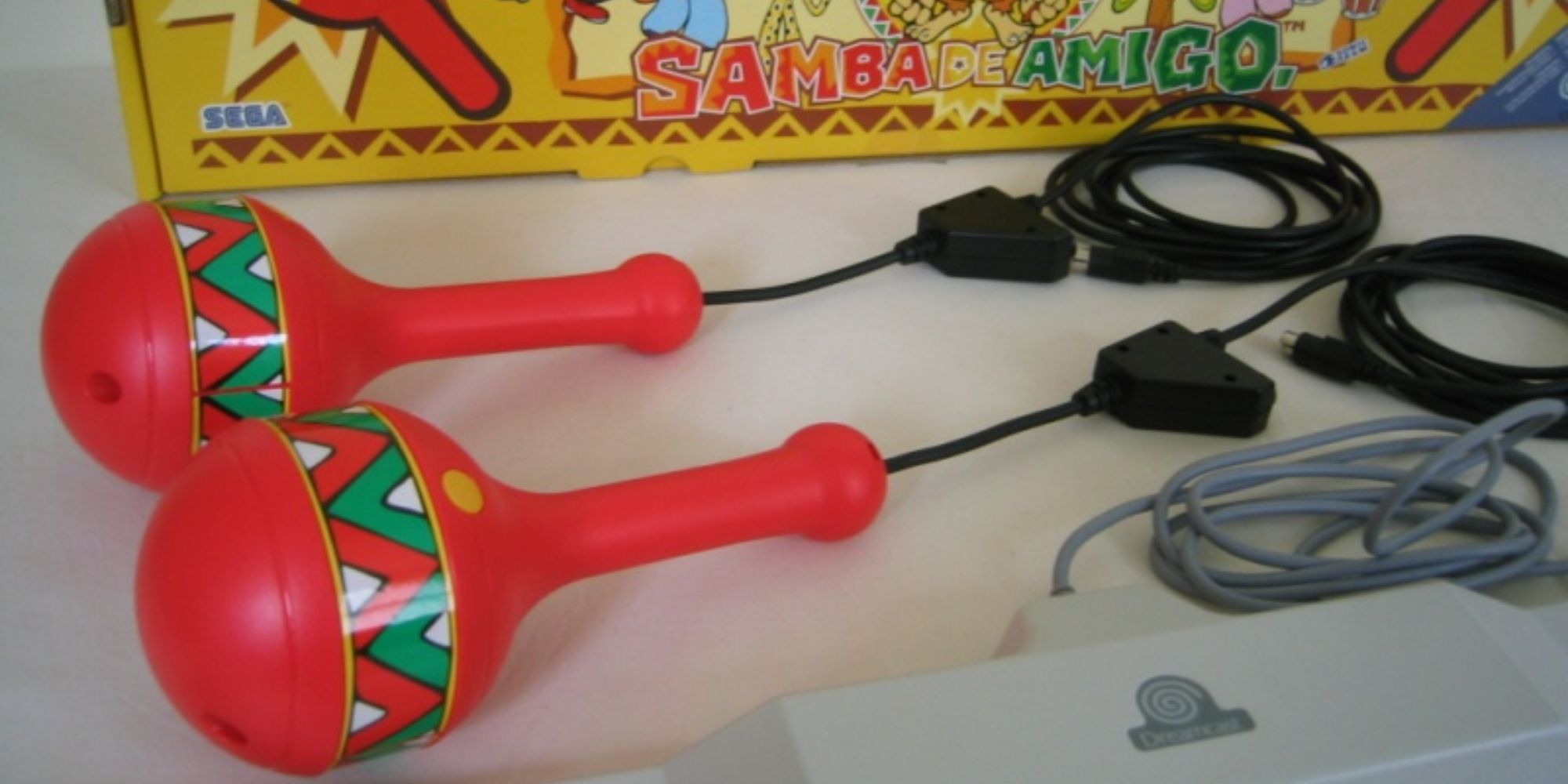 Originally released as an arcade cabinet with two maraca controllers attached, Sega would later port Samba De Amigo’s strange maraca accessories to the Wii in 2008. The main focus was to dance alongside catchy samba music.

As you can probably guess from the controllers, the Samba De Amigo maracas worked in a similar way to the Donkey Kong bongos, letting the player shake along to the music instead of just using the Wiimote. Bonus points for immersion? 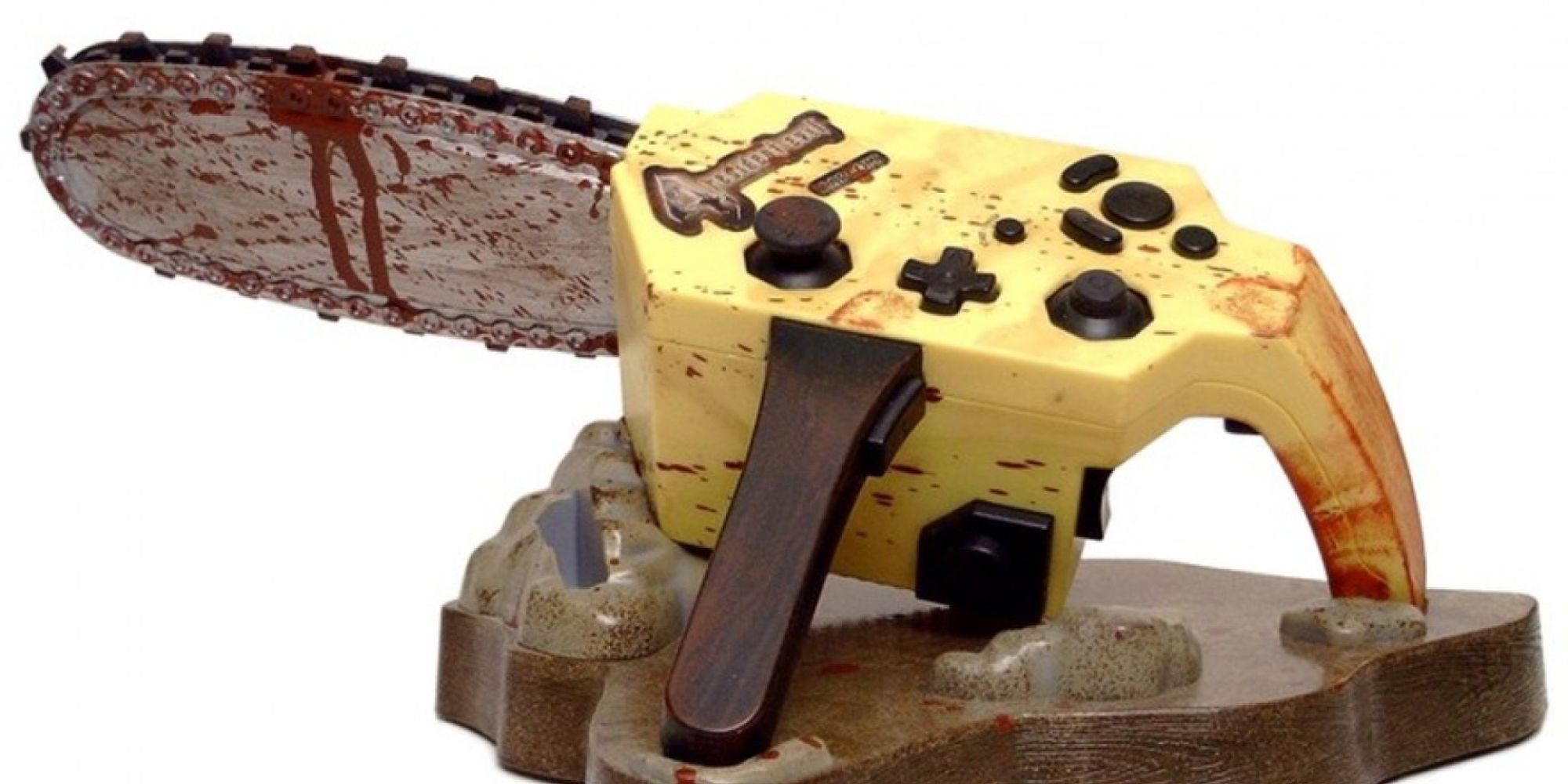 As we’ve proven over the last few entries, there have certainly been some questionable designs for accessories over the years, but the grizzly chainsaws that came bundled with copies of Resident Evil 4 for the Gamecube and PS2 really take the cake. Where do we even begin with this one?

The button placement is all over the place, the joysticks are placed in ways that don’t match up to the originals, and it’s difficult to weird because…well, just look at it. It seems as difficult to hold as an actual chainsaw. Resident Evil 4’s continuing status as one of the best third-person action games out there makes it a fun collector’s item, at least. 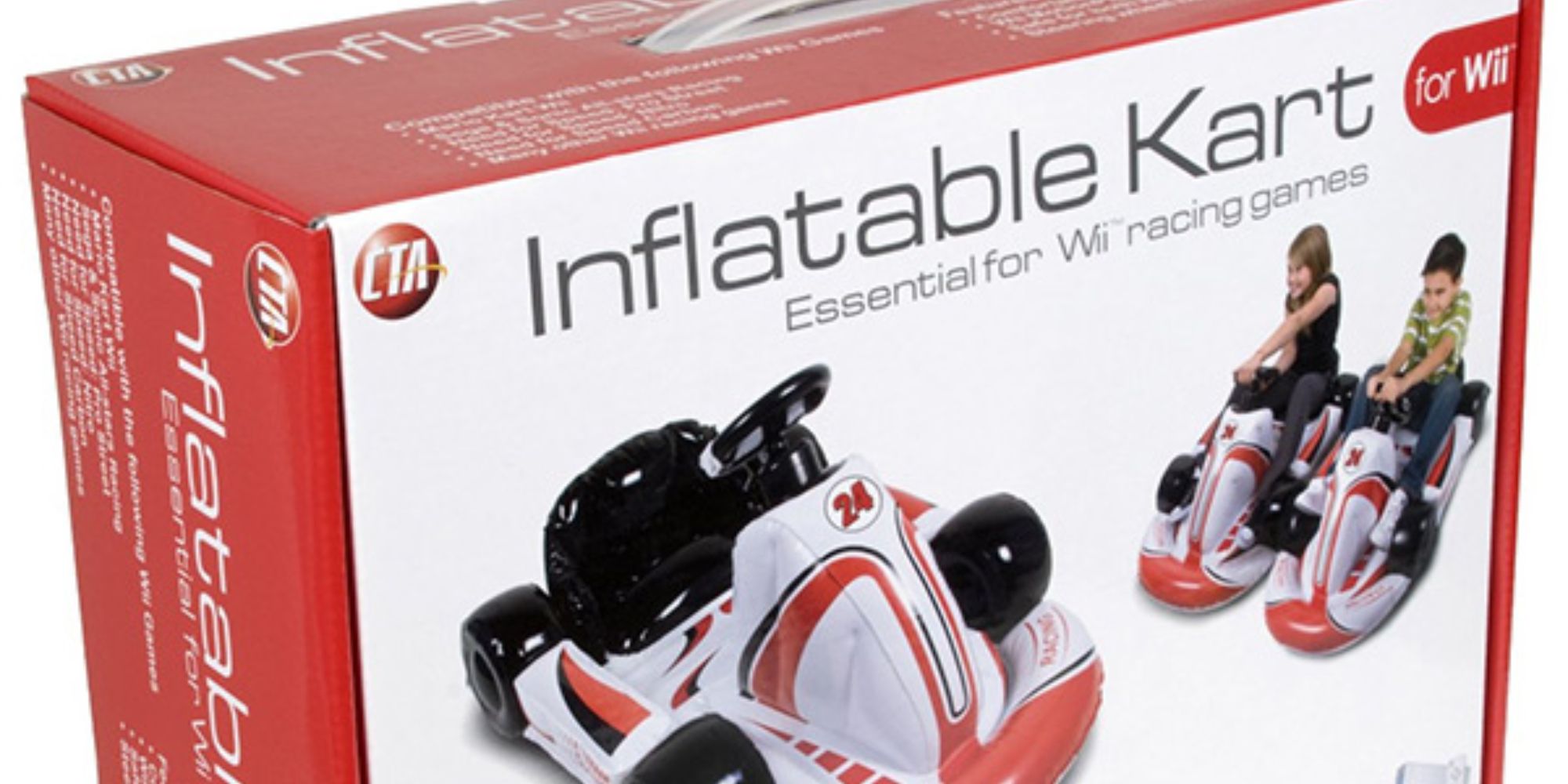 It wasn’t enough that Mario Kart Wii featured a glorified driving wheel, somebody somewhere had to think of what would happen if you took it all the way. As funny as the inflatable Wii Kart looks, it’s surprisingly lazy in its execution.

Unlike the Wii Wheel that it’s clearly riffing on, there aren’t any rumble features or interactivity with the Inflatable Kart. Instead, what you’re left with is a static rubber cart mould without any sort of immersive features. You might as well stick a rubber ring around your body and make Kart noises as you drive. 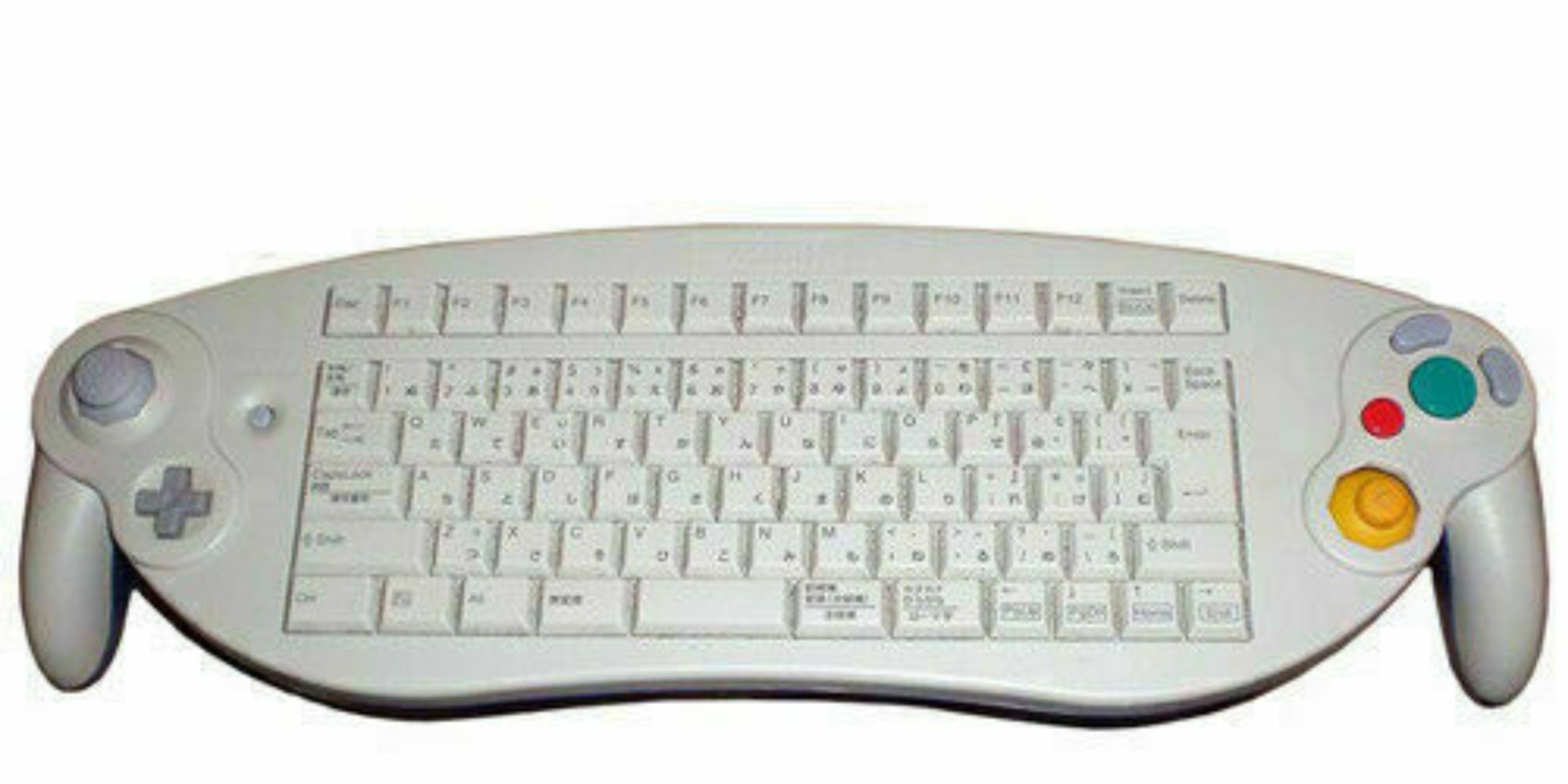 If there were ever a moment in gaming history where the “Undo” button should’ve been pressed it, was whenever who was in charge of putting this thing into production. Just look at it.

Meet the Ascii Keyboard Controller, designed to work for the release of Phantasy Star Online 1 & 2. If you’re not familiar with SEGA’s long-running MMO RPG series, Phantasy Star is most often played in the comfort of a mouse and keyboard, which has led to the creation of some weird hybrid. Trying to cram the complexity of a game like this would’ve already been tricky enough, but the keyboard controller makes that situation even more complicated.

Next: 20 Weird 90s Video Game Accessories That Shouldn’t Exist (And 10 That Are Actually Useful)

Your complete guide to Stardew Valley.

Hello and pleased to meet you. My name’s Claire and I’m just trying to survive same as anyone else. I’ve spent four years pursing my BA in English and along the way I’ve played a lot of games. My favorites are Sonic the Hedgehog, The Legend of Zelda, and Resident Evil.