Get Comfortable: An Intro To Cozy Gaming 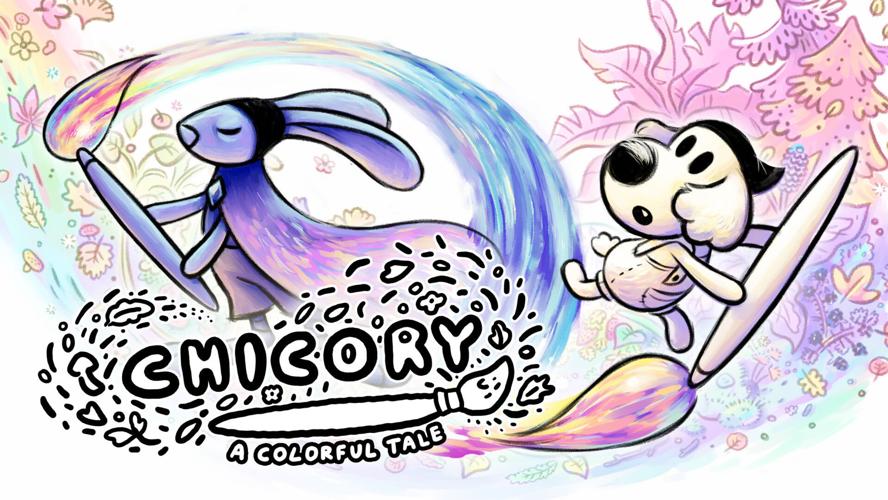 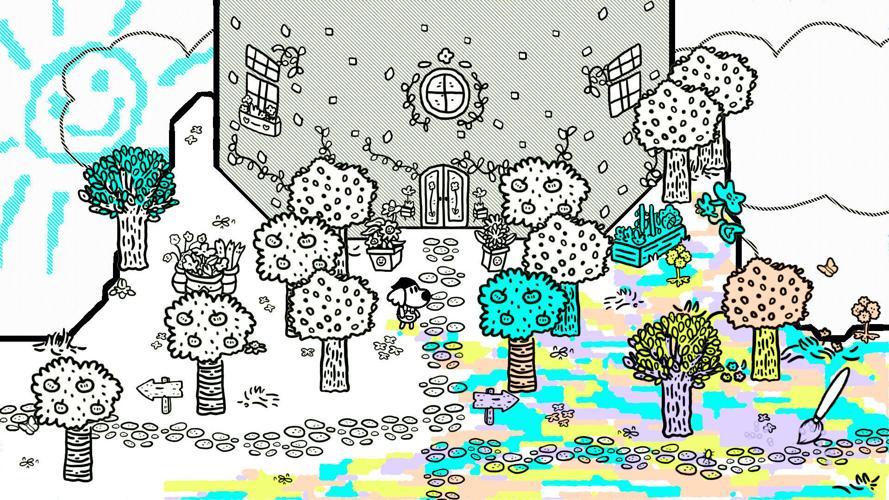 Courtesy of the Chicory team

Each screen is a new opportunity for splashes of color, as organized or chaotic as you wish. 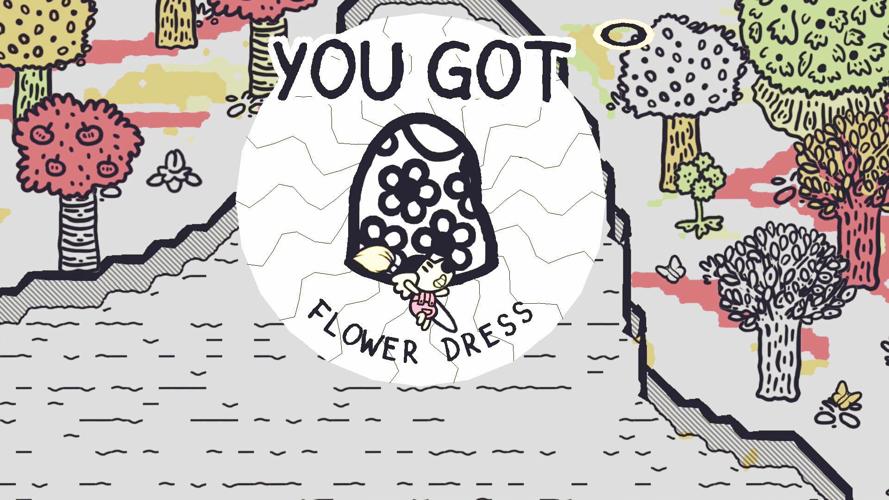 There are tons of clothes and hats to collect and customize your character to make them as cool or cute as you like. 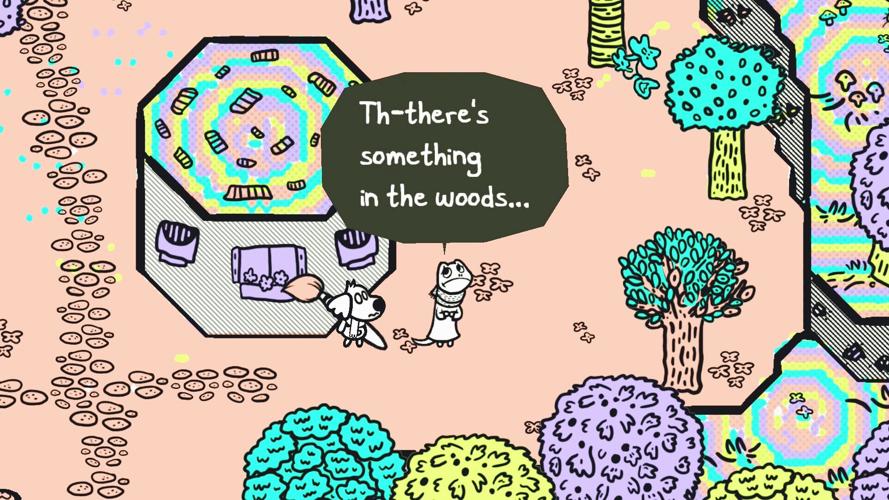 There are plenty of residents to chat with throughout your journey, each with their quirks.

Take every stereotype about “traditional” video games and flip it, and that’s the core of a cozy game. You can find compilations of cute, relaxing or intriguing games filled with aesthetic and romantic elements on Instagram, YouTube and TikTok. Not all cozy games are created equal, but they share some core characteristics.

Most cozy games are relatively nonviolent. Some may include basic battle elements, but there’s no guts, gore or major gunslinging. This is why cozy games are some of my all-time favorites. Though they can have action, they’re not your traditional shooters. I’ve always been pretty terrible at shooting games: my aim and reaction times are both abysmal, and I have absolutely no desire to practice and get better.

The story is key for a cozy game. Most are heartwarming or have a lesson they’re trying to impart. Some focus on life’s most difficult challenges, like struggles with mental health, loss, death and grief. Others are cutesy and downright adorable, with likable characters that you immediately want to get to know. Social elements are also prevalent in cozy games. Chat with neighbors, go talk to the wise person in the neighboring town, collect secrets and stories.

With the struggles of the pandemic, I have increasingly looked for comfort in all of my free time: comfort meals like soups and other favorites, calming drinks like tea, engaging books that take me away from reality, and cozy games that give me hope and provide an engaging distraction.

So in this column, I’ll be talking about some of my favorite cozy games; no Fortnite, Minecraft, Halo or anything else like that here (though, of course, there’s nothing wrong with those). Mainstream titles and smaller offerings from independent development studios alike are fair game on a variety of platforms.

Grab your blanket and fuzzy socks. Light a candle. Dim the lights. Make a warm drink in an adorable mug. We’re gonna get cozy.

We’re starting with my first game in 2022 — Chicory: A Colourful Tale.

The title does a lot of work describing this game. As the protagonist, you’re walking around, chatting with the residents of Picnic (everything, from places to characters, has a food and meal-based name), collecting clothing items and coloring in a world that’s mysteriously and suddenly devoid of all hue. That’s what starts your adventure – getting to the bottom of why the color’s suddenly disappeared.

You navigate the world with the help of a magic paintbrush, which allows you to fill in the missing colors. Puzzles abound, and players will use their palette to solve them and navigate the sparse areas, making them lush and bright again.

Along the way, you’ll learn about yourself, your style for decorating the towns, their inhabitants and their homes. The game also encourages introspection with its honest and open dialogue. Several moments resulted in audible reactions, such as a chuckle or an “aww.”

This game was developed by a tiny team of just five, and it’s evident as the story has a lot of heart. You can feel the care each took to make it a unique and engaging experience.

Collectibles like clothing items and new paintbrush tools are tucked into corners, typically just out of reach, requiring more thorough exploration to access. It was genuinely exciting to find some adorable sunglasses, so players with a completionist tendency will enjoy all of the bits and bobs scattered across the map. There’s also lots of literal litter scattered around treated like a sort of in-game currency and lost kids hiding in trees. It’s never really explained why there are so many missing kids … maybe someone should look into that?

Though I found most of the puzzles relatively straightforward, some took several tries to master. The challenge was welcome but not overwhelming. A few of the mechanics needed to solve the puzzles felt clunky. One particular plant meant to toss you across the map when hopped on never quite behaved the way I expected, despite lots of practice. Boss battles, if they can really be called that, felt sufficiently challenging, though their difficulty can be ramped down to next to zero if you want to focus more on the story and less on the gameplay.

Overall, this is a quick and adorable game great for adding some color to a gray and dreary weekend stuck inside. I spent about 20 hours total on the game, but a significant portion of that was simply scribbling all over the place. I can’t emphasize enough how downright delightful it is to find a new area of the world and make your mark on it.

I’d readily recommend this to anyone that likes to doodle or draw, but you don’t have to be artistic to appreciate this game. My art teachers in elementary and middle school took tons of pity on me — all of my talents lie elsewhere. It’s also great for people that love chatting with non-playable characters in games. There are many people, spread out throughout the world, with interesting points of view and takes. I genuinely got excited when I stumbled upon someone new because then I’d have an opportunity for a fresh perspective and typically a chuckle.

There are some heavy moments, too. The story gets into darker topics and takes them seriously while still offering levity when needed. Themes of inadequacy, artistic integrity, institutional power, sexuality and a weak sense of self all come up. Nevertheless, it’s a bright, blooming, ever-expanding world I was eager to explore.

Chickory: A Colourful Tale is available on Windows, Mac, PS4 and 5, and Nintendo Switch. I played on the Switch, which was lovely since I had the controller and touchscreen at my disposal for doodling.

Do you have suggestions for a cozy game I should check out? Questions or comments about video games? Email me at [email protected]. I’d be delighted to hear from you.