Taiwan-based smartphone brand HTC Corp (宏達電), which has entered the virtual reality (VR) business, has benefited from enthusiasm over the metaverse concept to post a more than 20 percent month-on-month increase in sales.

HTC said in a statement on Thursday that it posted NT$576 million (US$20.8 million) in consolidated sales last month, up 24.4 percent from a month earlier, the second consecutive month-on-month increase on the back of increased shipments of its latest VR gadget, the portable Vive Flow.

Analysts consider the Vive Flow to be HTC’s attempt to embrace the so-called “metaverse,” a concept that has been talked up by Meta CEO Mark Zuckerberg since July last year. The idea refers to a digital world in which people can move between devices and communicate in a virtual environment. 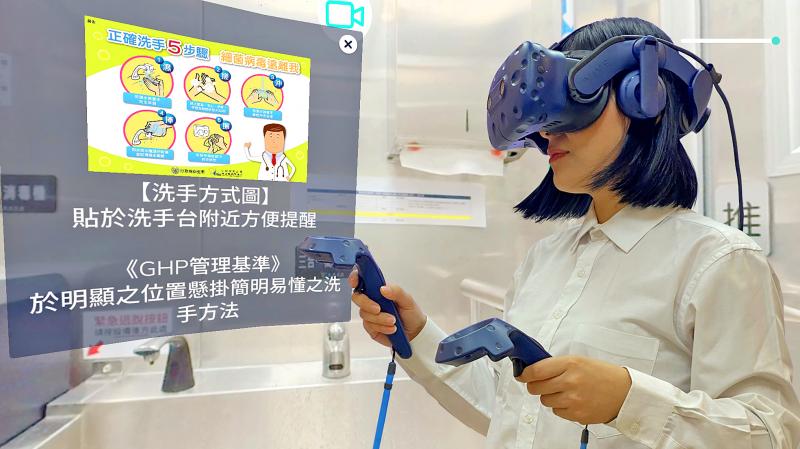 However, last month’s sales figure was down 6.35 percent from a year earlier, as competition in the global smartphone market escalated, analysts said.

HTC Vive Asia-Pacific general manager Charles Huang (黃昭穎) said the Vive Flow is smaller and lighter than its predecessors, which should help the device generate more sales than its counterparts in the Vive headset series.

The Vive Flow has an expansive 100-degree field of view, 3.2K resolution, and full 3D spatial audio that can connect to Bluetooth earphones, according to HTC product specifications.

Although HTC has been keen to explore business opportunities in the VR market, the company plans to continue its focus on the smartphone market and plans to unveil new models later this year, Huang said.

HTC said that it introduced new VR hardware and content at CES, one of the world’s leading electronics exhibitions, which ends today in Las Vegas. Products HTC is featuring include the first inside-out tracking device used by the Vive Focus 3, and healthcare content used by the Vive Flow.

Comments will be moderated. Keep comments relevant to the article. Remarks containing abusive and obscene language, personal attacks of any kind or promotion will be removed and the user banned. Final decision will be at the discretion of the Taipei Times.